Visit the DPI Website for the NC Essential Standards or hover over the objectives listed below.

AH1.H.4.4,Analyze the cultural conflicts that impacted the United States through Reconstruction and the compromises that resulted (e.g., displacement of American Indians, manifest destiny, slavery, assimilation, nativism).

AH1.H.5.2Explain how judicial, legislative, and executive actions have affected the distribution of power between levels of government.

The Revolutionary War was revolutionary on two fronts: first it was a war to change the government for the 13 colonies (states), and second a change of ideas. In this unit we will focus on some of the key battles of the American Revolution as well as the ideas behind the new government that will form. We will examine the successes and failures of the government under the Articles of Confederation and its ultimate demise with Shays' Rebellion and the Constitutional Convention. 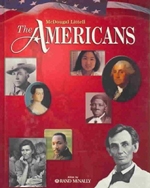 These pages contain the links to the online content for student practice. It includes Chapter Overviews, Web Activities, Self-Check Quizzes, ePuzzles and Games, Vocabulary Flashcards, Charts in Motion (to accompany diagrams in the textbook), and Interactive Graphic Organizers.

Link to Quizlet! Vocabulary is the key to understanding any subject. Once you can break down the barrier of language the ideas and concepts are wide open. Here you can find the vocabulary for the unit to practice by using online flash cards and by practicing online generated vocabulary quizzes.


Practice your vocabulary for Unit 2A by trying this quiz of the unit's vocabulary.

When you get to the Quizlet Quiz page, you can adjust what type of quiz to take by using the check boxes on the right.

The Articles of Confederation

This video describes the Articles of Confederation, the organization, strengths and weaknesses, and legacy. Complete the Guided Notes while watching the video... Don't forget to answer the questions in the margin and tell what was "Totally Wicked" and the "Dramatic Chipmunk" moment.

The slideshows are best if viewed full screen.

Struggling Toward Saratoga & Winning the War

A Bundle of Compromises

From the publisher:
John Green teaches you about the American Revolution. And the Revolutionary War. I know we've labored the point here, but they weren't the same thing. In any case, John will teach you about the major battles of the war, and discuss the strategies on both sides. Everyone is familiar with how this war played out for the Founding Fathers; they got to become the Founding Fathers. But what did the revolution mean to the common people in the United States? For white, property-owning males, it was pretty sweet. They gained rights that were a definite step up from being British Colonial citizens. For everyone else, the short-term gains were not clear. Women's rights were unaffected, and slaves remained in slavery. As for poor white folks, they remained poor and disenfranchised. The reality is it took a long time for this whole democracy thing to get underway, and the principles of life, liberty, and the pursuit of happiness weren't immediately available to all these newly minted Americans.

Crash Course American History #8: The Constitution, the Articles, and Federalism

From the publisher
John Green teaches you about the United States Constitution. During and after the American Revolutionary War, the government of the new country operated under the Articles of Confederation. While these Articles got the young nation through its war with England, they weren't of much use when it came to running a country. So, the founding fathers decided try their hand at nation-building, and they created the Constitution of the United States, which you may remember as the one that says We The People at the top. John will tell you how the convention came together, some of the compromises that had to be made to pass this thing, and why it's very lucky that the framers installed a somewhat reasonable process for making changes to the thing. You'll learn about Shays' Rebellion, the Federalist Papers, the elite vs rabble dynamic of the houses of congress, and start to find out just what an anti-federalist is.

The most reliable source of information from the Second Continental Congress are from the correspondence between John Adams and his wife Abagail. This scene from the HBO mini-series "John Adams" demonstrates the importance and the seriousness of the decision to declare independence from Britain. You can see and feel the weight of each state's delegation when they vote in favor of independence. It is clear that the decision was not an easy and one, and one that cannot be undone.

This is the first part of an excellent and brief documentary of the Declaration of Independence. Morgan Freeman introduces the document in this segment and briefly explains the global significance of this document.

The Declaration of Independence

This is the conclusion of the segment above. In this segment, the Declaration of Independence is narrated by famous contemporary actors. It is a powerful performance of this important document.

Too Late to Apologize A Declaration

Creative music video based on the song "Apologize" by One Republic. Here the founders are telling the King that it is too late to apologize for all that he had done to the colonies. It is time to declare independence.